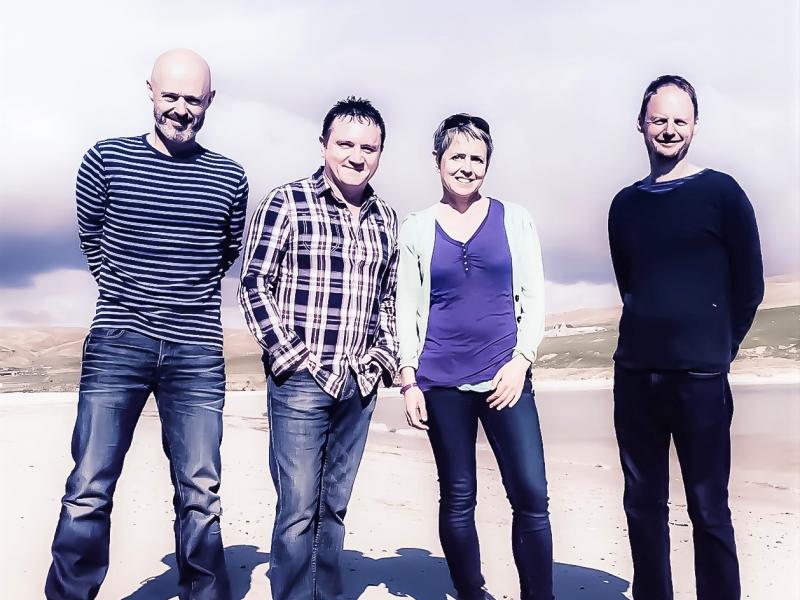 With the flutes and whistles of Brian Finnegan and Sarah Allen, the guitar of Ed Boyd and the bodhran of John Joe Kelly, this iconic band weaves and spins traditionally rooted tunes into an enthralling sound – with agile but tight rhythms and virtuoso improvisation. Flook possesses a rare blend of fiery technical brilliance, delicate ensemble interaction and a bold, adventurous musical imagination.

Formed over 20 years ago by four friends, Flook burst onto the international music scene with their debut studio album, ‘Flatfish’. The band had a remarkably successful performing and recording career – the sheer enjoyment of playing together shone through their albums. But it was their live performances that really captured the hearts of those who watched and listened. The rapport between these four musicians and the sheer enjoyment they developed in playing together, was commented on by audiences and critics alike. Having won Best Band at BBC Folk Awards 2006, Flook took a break in 2008, but they didn’t stay silent for long, and the last 4 years has seen them continuing to play occasional live shows, including short tours of Japan, Ireland and Germany, as well as festival shows.